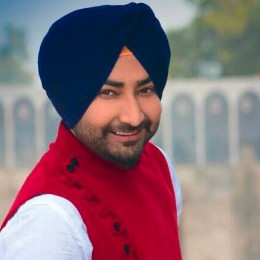 Ranjit Bawa is an Panjabi Sikh singer. Ranjit Singh Bajwa Is His Real Name .He Was born on  February 15, 1989 in Wadala Granthian village near Gurdaspur, Panjab.He rose to fame from his single "Jatt Di Akal" which broke many Punjabi records. He made his debut in the 2015 Album, Mitti Da Bawa which was award 'Best World Album' award in the 2015 Brit Asia Awards.[1] He has also received "PTC Best Folk oriented Song Award" in 2013 for his Song in 2013, Jatt Di Akal